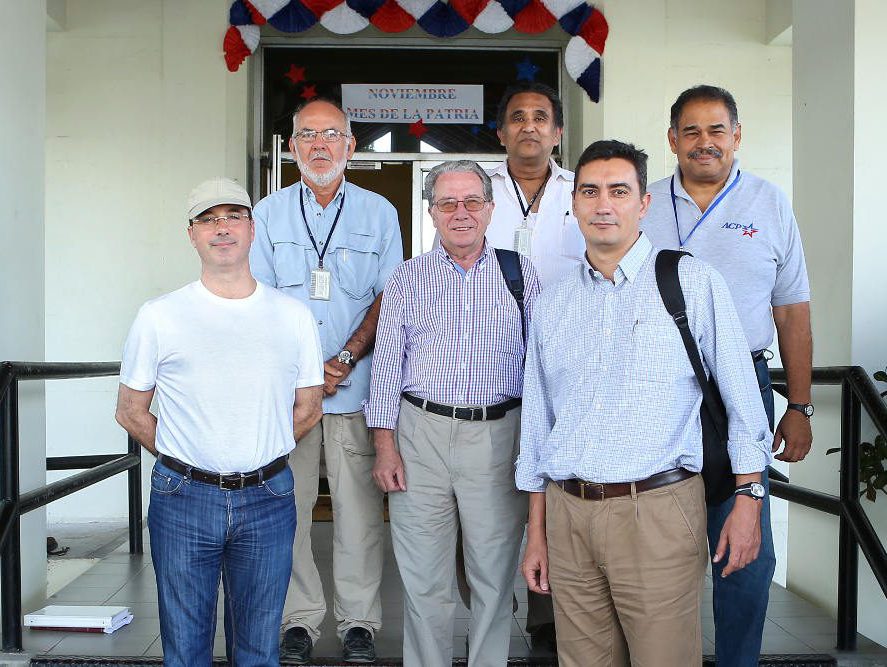 Luis Altarejos, iPresas CTO-Projects, visited the works of the Expansion program of the Panama Canal on November 16, 2012, along with the President and Chairman of the Spanish National Committee on Large Dams (SPANCOLD), José Polimón and Juan Carlos de Cea.

The program consists in the construction of two new sets of locks – one on the Pacific and one on the Atlantic side of the Canal. Each lock will have three chambers with three water reutilization basins each one. The program also includes the widening and deepening of existing navigational channels in Gatun Lake and the deepening of Culebra Cut. In order to open a new 6.1 km-long access channel to connect the Pacific locks and the Culebra Cut, four dry excavation projects will be executed.