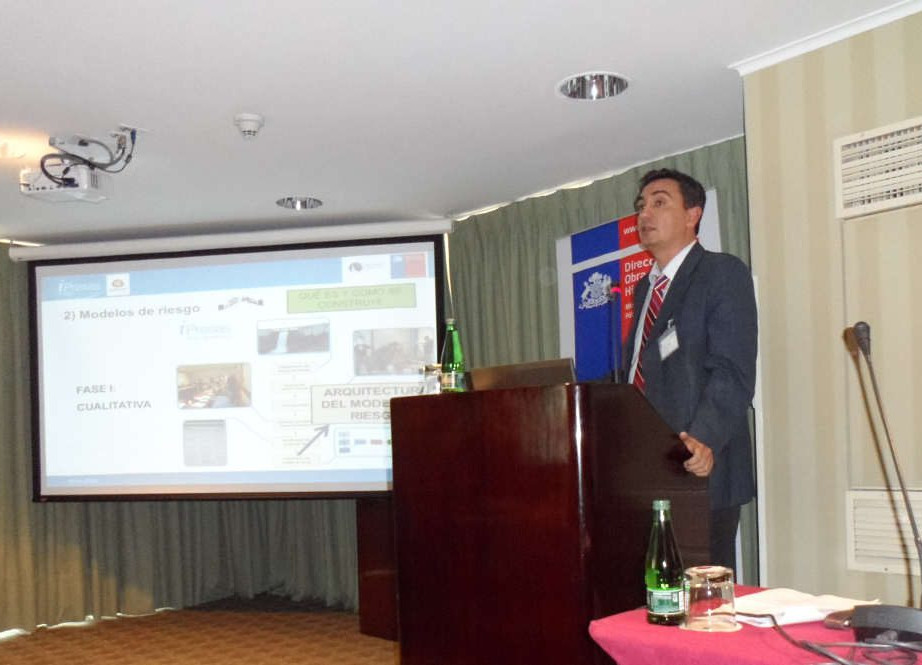 Dam maintenance and rehabilitation and dam safety were the main topics of the Conference. New systems for dam repair based on novel techniques for drilling, grouting and drainage rehabilitation were showed, together with the risk-based approach to dam safety. iPresas Risk Analysis contribution was titled “Risk Management” and stressed how dam governance can benefit from a risk-based approach to dam safety.

The Conference was presented by Ms. Mariana Concha, Director of DOH, and among the authorities invited were the Spanish Ambassador, Mr. Iñigo de Palacio, the President of Chilean Committee On Large Dams, Mr. Guillermo Noguera, the Director of the Irrigation Division of DOH, Mr. Gerardo Walker, and HCC Company Director, Alberto Gonzalo. A large number of engineers, both from DOH and the industry attended the Conference.

In words of Ms. Mariana Concha, Director of DOH: “We expect that this is going to be the first one of a series of conferences, that we, as DOH, intend to organize annually. Our purpose is to focus on practical issues regarding construction and conservation of large hydraulic works, which are so important for our development. This kind of event is very helpful to keep moving ahead on the basis of new methodologies and technical challenges”.