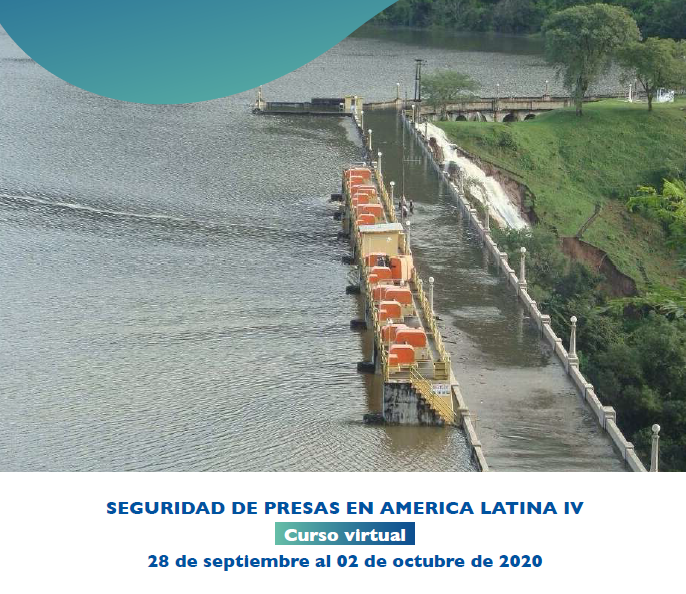 During the week starting on September 28th took place the online course “Dam Safety in Latin America IV”, organised by the International Centre for Hydropower (ICH).

This course, aimed at professionals with a technical profile, has had the participation of experts in the field of dam safety management. These experts delivered different works about risk analysis and natural disaster management.

iPresas’ team took part actively in this event through two presentations, which were developed during the first session.

The first one, entitled “Present and future of dam safety based on risk analysis”, was carried out by Ignacio Escuder (Founding Partner of iPresas) and verse about the dam vulnerability while facing natural disasters, and policies and good practices that are currently being developed to combat it. In addition, this presentation concluded with the latest advances in this scientific topic and the trend that is being followed nowadays.

The second one was exposed by África de Rojas, project engineer of iPresas. The topic was the management of water resources in Spain and how Risk Analysis is being implemented in Spanish dams. For this, she based on the project carried out by iPresas in the River Duero Basin.

Throughout the course, several experts made reference to numerous projects in which iPresas has participated, such as Cerros Colorados (Argentina) and the development of the Screening tool for Argentine dams.

During this week, we have had the opportunity to discuss some concepts of the dam safety management. At the same time, we learnt about the experiences and advances in other countries, which allowed us to make a general vision of the current situation worldwide.